John Legend has been cast in the lead role as Jesus Christ in ‘Jesus Christ Superstar Live in Concert!,” 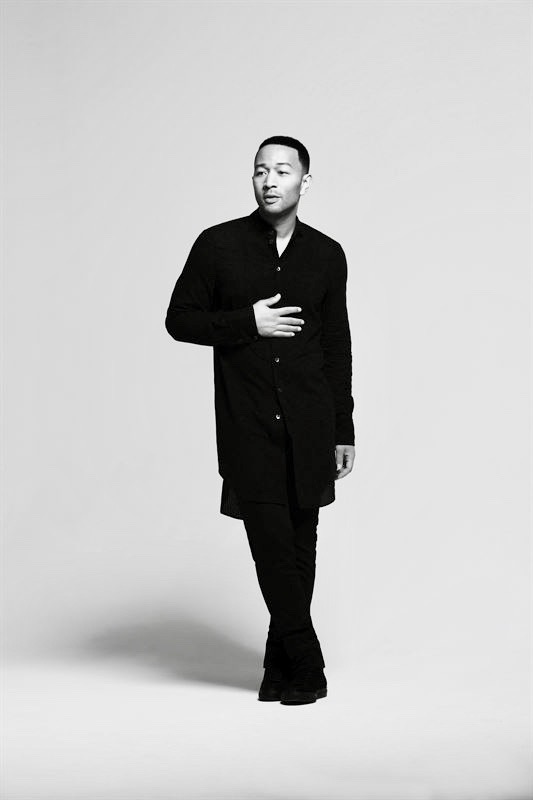 Ten-time Grammy winner and R&B star, John Legend has been cast in the lead role as Jesus Christ in NBC’s special event ‘Jesus Christ Superstar Live in Concert!’. The musical will air on Easter Sunday, April 1st, in front of a large audience at the Marcy Armory in Williamsburg, Brooklyn, N.Y.

Jesus Christ Superstar Live in Concert is based on the 1971 musical which chronicles the last week of Jesus’ life.

“We’re all overjoyed to have world-class musical artist and producer John Legend starring as Jesus,” said Robert Greenblatt, Chairman, NBC Entertainment. “This score demands a singer with an amazing range and an actor with great depth, and there isn’t anyone better to bring this story to a new audience. His casting is also groundbreaking as the traditional image of Christ will be seen in a new way.”

“John Legend is a superstar,” said Tim Rice, lyricist of “Jesus Christ Superstar.” “As a performer, his voice is infectious and effortless.  As an actor, he is believable and honest.  I’m thrilled he will be able to share his portrayal of Jesus with the world.”

“I’m thrilled to join the cast of this production of ‘Jesus Christ Superstar Live in Concert!,’” Legend said. “It’s such a powerful, meaningful musical and I’m humbled to be part of this performance. We’ve already formed an incredible team, and, as we finish casting, I’m certain we will put together some of the greatest talents around to do this work justice.”

A highly accomplished musician, concert performer, songwriter, actor, and music and film producer, Legend is one of the most versatile and talented artists in entertainment today. In 2015, he, along with Common, won the Oscar, Golden Globe and Grammy for their song “Glory” from the film “Selma,” which chronicled the 1965 civil rights march in Selma, Ala.

Legend, who has released five studio albums, began his impressive Grammy run in 2006 when he won Best New Artist for his debut release “Get Lifted,” which captured Best R&B Album. “Get Lifted,” along with each of his next three albums – “Once Again,” “Evolver” and “Love in the Future” – reached the Top 5 in album sales on the Billboard charts and achieved gold status.

As a film producer, Legend worked with Platt on the 2016 film sensation “La La Land,” in which he also appeared and Platt produced. Legend previously collaborated with Zadan and Meron when the pair produced the 2015 Oscar telecast in which Legend performed “Glory” with Common.

In addition to “La La Land,” Legend has acted in several TV and film productions, including “Underground,” “Curb Your Enthusiasm” and “Soul Men.”

On Broadway, Legend won a Tony Award earlier this year as a producer of August Wilson’s “Jitney,” which won for Best Revival of a Play. He has also written songs for the Broadway run of “SpongeBob SquarePants,” which recently opened to strong reviews.

The “Jesus Christ Superstar” album hit #1 on the Billboard charts and made its way to the stage in 1971. It is based on the final week of Jesus’ life. The 1971 musical opened at the Mark Hellinger Theatre on Broadway and starred Jeff Fenholt as Jesus and Ben Vereen as Judas. It was nominated for five Tonys, including Best Performance by a Featured Actor in a Musical for Vereen. Lloyd Webber won a Drama Desk Award for Most Promising Composer.

Since then, the musical has been considered a classic and has become a staple of theatre and music organizations throughout the world. It has been performed in nearly 20 countries and translated into 18 different languages. There have been many revivals of “Jesus Christ Superstar” over the 46 years since its debut, including 2000 and 2012 Broadway versions that each earned a Tony nomination for Best Revival of a Musical. The 1973 film was directed by Oscar winner Norman Jewison and starred Ted Neeley.