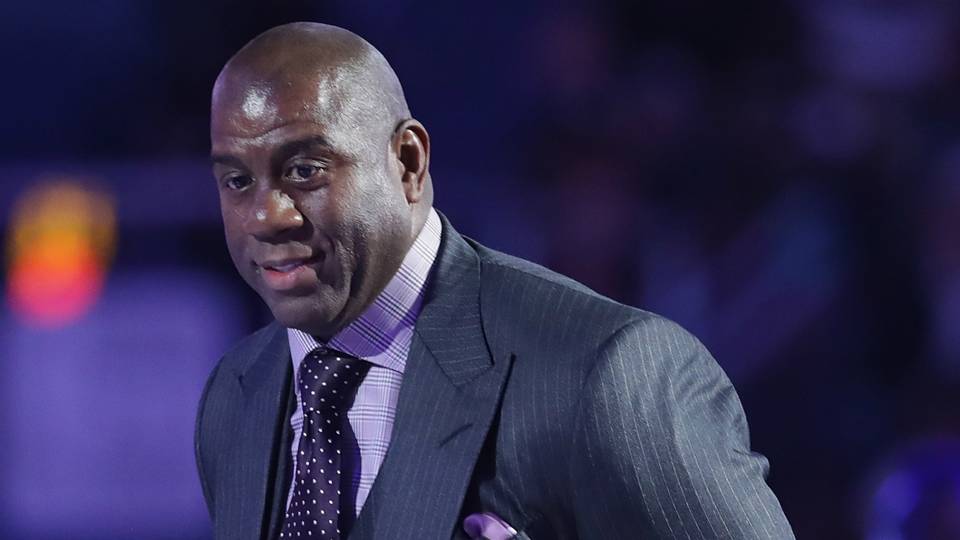 The moves were made by Co-Owner and Governor Jeanie Buss, who joined Johnson — previously named an advisor to ownership early this month — on Spectrum SportsNet later in the day to discuss the future of the franchise.

Since Jim Buss was appointed to his position following the 2013 death of former Owner Dr. Jerry Buss, the Lakers have compiled an 84-220 record in three full seasons, plus the current one.

Thus, Jeanie Buss felt that a change of direction was needed to return the franchise to its winning ways.

“The purple and gold standard really dictated that the status quo wasn’t acceptable to go from (27) wins to 21 wins to 17 wins — to watch it erode like that wasn’t Lakers basketball,” Buss said. “It wasn’t wasn’t this organization stands for, so it was time for a change.”

That change has come in the form of Johnson — a five-time champion as a player and former minority owner and head coach of the Lakers.

With the trade deadline approaching Thursday, Johnson is handling calls from general managers from across the league regarding potential transactions.

He is also searching for the Lakers’ next GM, whom he says must have extensive knowledge of the NBA’s collective bargaining agreement and salary cap, as well as relationships with players, teams and agents across the league.

Johnson said that he is aiming for a fast process that will result in a new general manager before the end of the season bargaining agreement and salary cap, as well as relationships with players, teams and agents across the league.