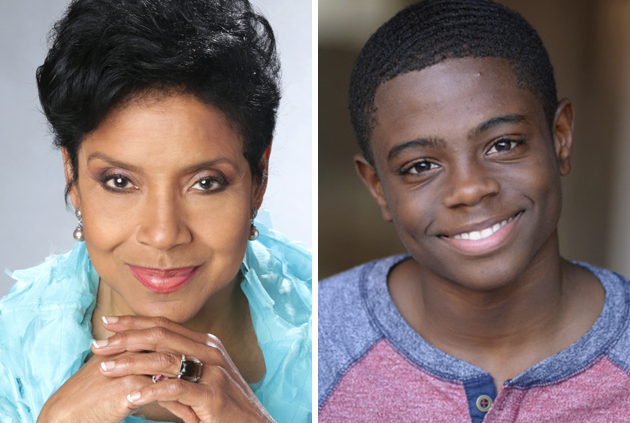 David Makes Man centers on a 14-year-old prodigy from the projects who is haunted by the death of his closest friend and relied on by his hardworking mother to find a way out of poverty. He must choose between the streets that raised him or the higher education that may offer him a way out. Set in South Florida, the lyrical drama, inspired by events in McCraney’s own life, explores the inherent trauma sustained in the fight for survival.

Rashad starred in McCraney’s play Head of Passes in 2017 and will appear in the upcoming Creed sequel starring Michael B. Jordan.

Dee Harris-Lawrence most recently was co-executive producer and writer on the drama series Unsolved: The Murders of Tupac and the Notorious B.I.G., Shots Fired and Star. Before that, she served in the same capacity on series such as Zoo, Detroit 187 and Saving Grace, among others. Her other writing credits include Any Day Now, Kevin Hill, New York Undercover and more.

Playwright, actor and producer Tarell Alvin McCraney received an Academy Award, with director Barry Jenkins, for Best Adapted Screenplay for the 2016 film Moonlight, which also won for Best Picture. The movie was based on McCraney’s semi-autobiographical script In Moonlight Black Boys Look Blue. McCraney currently serves as the chair of playwriting at the Yale School of Drama. This will be his first foray into creating a scripted drama series for television.

Michael B. Jordan has had prominent roles in critically acclaimed films including Fruitvale Station, Creed, and Black Panther as well as on popular television series including Friday Night Lights and The Wire. Last year he launched his own production company, Outlier Productions.