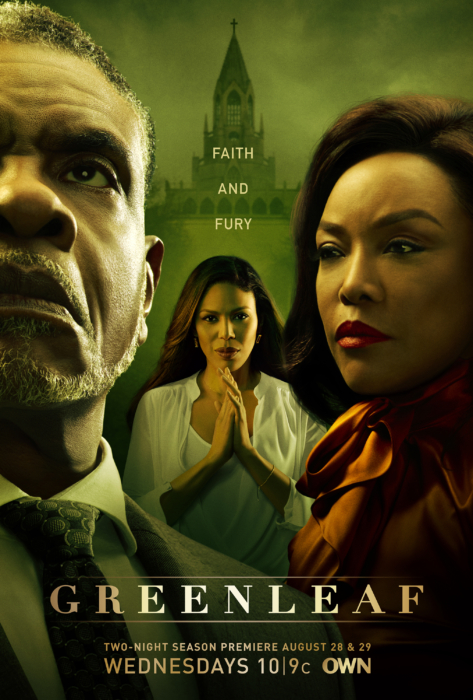 The announcement comes as the acclaimed drama (Wednesdays at 10 p.m. ET/PT) delivered a season high in its Wednesday time period (9/12) with more than 2.3 million viewers (up +8% vs. year ago L+3) and a 1.90 rating in the network’s key women 25-54 demo (+7% vs. year ago L+3). It was also the #1 telecast of the night for African American viewers across all of broadcast and cable. Year to date, OWN boasts five of the top 20 original scripted series on ad-supported cable among W25-54, more than any other network.

“‘Greenleaf’ is a cornerstone of our scripted programming slate and pulls in millions of viewers each week with its unique storylines and powerful characters,” said Erik Logan, president, OWN. “We are very proud of this show, the incredible cast, producers and crew, and can’t wait for more twists and turns from the Greenleaf family in season four.”

In tonight’s all-new episode, the Bishop (Keith David) and Lady Mae (Lynn Whitfield) make alternate plans after Clara (Donna Biscoe) denies them the check for the IRS bill. Grace (Merle Dandridge) tends to Sophia (Desiree Ross) when a medical emergency sends her daughter to the hospital.