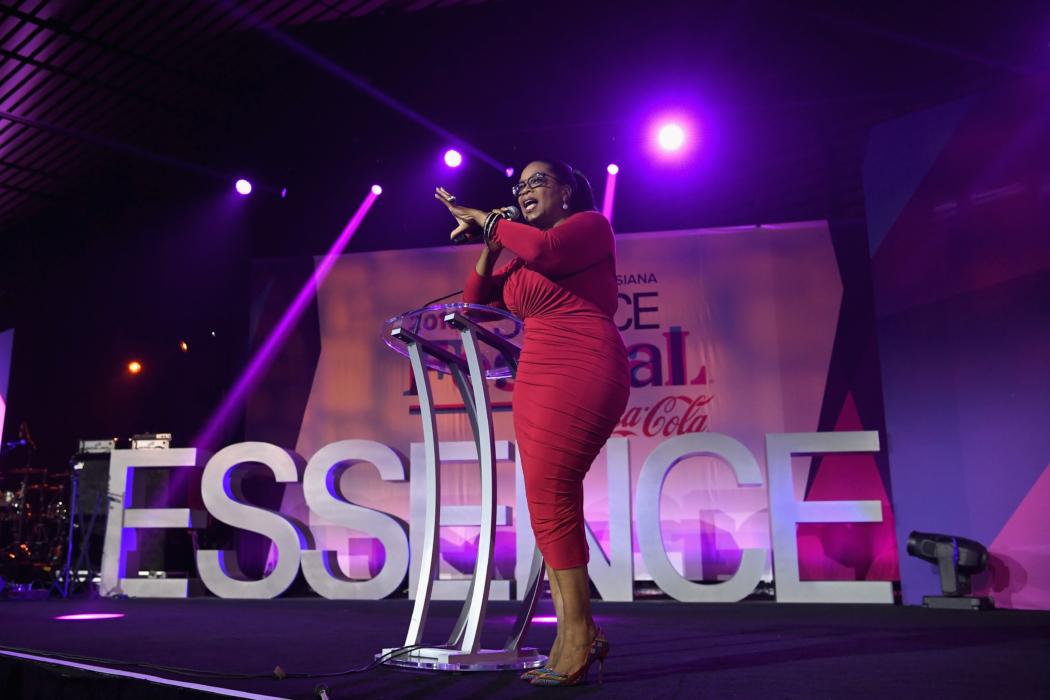 This past weekend, Essence Festival was a scorcher! The annual music fest packed the streets of NOLA including the New Orleans’s Superdome and Ernest N. Morial Convention Center with fun appearances—-which included a first-time appearance by Oprah Winfrey who filled the convention center to capacity.  Other first time appearances included Mariah Carey, Tyra Banks, Misty Copeland and many more. Check out Oprah at Essence Fest on Essence.com.

This year, 450,000 attendees converged onto New Orleans this Fourth of July weekend for its annual cultural celebration featuring more than 100 performing artists and over 100 speakers. Recognized as one of the country’s largest live events, the 2016 ESSENCE Festival hosted more celebrities and performing talent than ever before, extended its reach worldwide by capturing a record-breaking 3.5 billion social media impressions and delivered over 100 hours of curated video and live-stream content.  The annual 4-day Festival, which took place June 30-July 3, features entertainment, empowerment, and cultural experiences during the day and the world’s best performers each night

Here are a few highlights of the 2016 ESSENCE Festival:

The program launched in 2003 as an extension of the company’s 365Black platform, created to celebrate the pride, heritage and achievements of African–Americans year-round.

Puckett currently stars in TV One – Here We Go Again, and is making  her movie debut in Lucky Girl, in her role as the legendary Dionne Warwick in an upcoming biopic,

My Black is Beautiful (MBIB) kicked off their 10-year anniversary at Essence with a celebration of the best in beauty, skin and hair care for black women!  MBIB prides itself on providing women with a platform to share their unique experiences regarding hair and beauty, and to support them with the tools and information needed to feel empowered and beautiful – both inside and out.
MBIB offered skin and hair consultations at the booth.

2016 ESSENCE Festival presented by Coca-Cola attracted more than 450,000 attendees to New Orleans this Fourth of July weekend.  The annual 4-day Festival, which took place June 30-July 3, features entertainment, empowerment, and cultural experiences during the day and the world’s best performers each night.