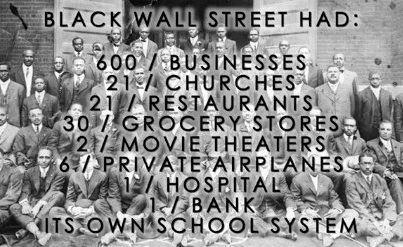 Shining shoes for wages of the day and now he is faced with a war waged on the color of his skin.

Dick Rowland they said stumbled and made a mistake of balancing himself in the presence of Sarah Page.

Tulsa, Black Wall Street Massacre began with colors of rage, ignited into hopes of extinction of our lives.

While balancing himself, bodies touched without warning, a scream was made and panic ensued forever.

Running from the building for protection of his life, the ox bow incident came alive with open racism.

Who would believe an elevator ride to a segregated restroom they appointed for us would be a war cry.

They said I assaulted Sarah Page on my journey to coloreds only for relief of my water of the day.

News of my desire for the snow girl of only seventeen years became my national anthem for killing.

Arrested and scared my soul reached to the epitome of time when they said a black man child is born.

Armed with freedom of rights to bear arms, solidarity crusaded for our brother for due process.

Inferior because of my color, your actions sound the charge of civil unrest and dreams were abolished.

Caged and shackled in my mind, I reached for my mother’s voice and heard, lynch him for his sins on life.

Tulsa, Black Wall Street Massacre engulfed “Greenwood” with bombs of fires and bullets of no return.

Shouts of burn them alive were sung as they campaigned for more bodies to be buried alive in torment.

Fires of shattered dreams that housed hospitals, schools and banks that our hands of skill erected.

What flourished like Wall Street NY are now ashes of death surrounded by eyes of hatred in the night.

Children of preparation of time to come surrendered their smiles on the hands that nourished them.

Tulsa, Black Wall Street Massacre, created in dreams of chaos and founded on destruction for our end.

Sixteen hours of hurricane winds of hatred foretold the whirlwinds of their truth within our souls.