Q&A: Singer Meli’sa Morgan chats with The 'Chocolate Voice' about her upcoming feature on UNSUNG and more! 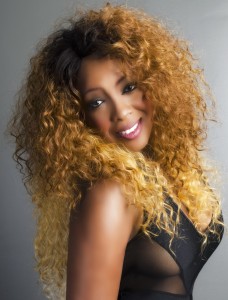 Powerhouse R&B Soul singer Meli’sa Morgan, perhaps best known for her #1 hit in the eighties: “Do Me Baby,”  an original recording by the Mega-star, Prince, will be featured on TV One’s hit series UNSUNG on February 4th. The sensational vocalist has sang back-up and collaborated with some of the biggest names in the business–Chaka Khan, Kashif and the late great Whitney Houston, just to name a few.

Her vocal ability matched by few, landed Morgan a record deal in the eighties taking the music industry by storm releasing hit after hit including: “Fools Paradise” and “Love Changes,” a duet with Award-winning singer-songwriter, Kashif.

The Chocolate Voice had a chance to catch up with the Queens native, via phone for a lively chat from her home in Aiken, South Carolina.

Here, the sultry singer shares her early life in the music industry and how working with the best, has helped to shape who she is today.

TCV: Hi Meli’sa! Congratulations on being selected to tell your story on UNSUNG! Tell us how it all came about?

Meli’sa : The blessing of that has been more than I’ve expected. Well, my PR and marketing team (Savoy & Mark) was in L.A. networking, and they happened to meet with the producers of UNSUNG. The producers were talking about featuring another artist. My team asked, how about Meli’sa Morgan? I was contacted on a Sunday, at the mall while shopping with my sister, you know how we girls do (Laughs) and the producers suggested that we meet. Thank God, my sister was with me because at first I was like, no, I don’t think so. I’m not UNSUNG. I didn’t want to be portrayed as an artist spiraling out of control. My sister says: ‘And that’s why you have to tell your story.’

TCV: What were some of the challenges of revealing your story on UNSUNG?

Meli’sa: Going back and reliving my life. UNSUNG is not only about your career, but also about your life. It was really challenging reliving the sad parts of my life.

TCV: I read that you attended The Julliard School. How did your education help to prepare you for a career in music?

Meli’sa: I went to public schools my entire life. I knew that I wanted to sing in high school. I had perfect pitch so, I explained to my father that it just made sense for me to hone in on the skills that I already have. That’s why I decided to attend Julliard and study music theory. It was very important for me to learn why I was singing. It helped my skills as a background singer and as a complete singer. So now, when I go into a recording studio and somebody plays something, I understand why some sounds don’t work well together.

TCV: Speaking of singing background, what was your experience like working as a back-up singer to Chaka Khan, Whitney Houston and Melba Moore?

Meli’sa: Wow! All three were very different experiences. I idolized Chaka Khan; she was the ultimate, so cute, feathery, big hair, leather-wearing singer of all times. I wore my style after how she presented herself, and what she had that was becoming legendary. Every Black female singer in America sang “Sweet Thing” at a talent show somewhere. Chaka helped with my memory and style. We’re still friends to this day.   As for Whitney, I sang with Kashif, who was one of the producers of her first album. She and I clicked from the moment we first met. We would go to each other’s events; I attended her wedding, the bridal and baby bridal shower. We had a wonderful relationship. I sang back up on her debut album. When her first album went platinum, she would say to me, “Girl, go get your awards.” I would say, ‘I don’t need an award, I have you.’ When I found out she passed, I was devastated. The last thing I remember was her saying is, Girl, get your awards.

TCV: In my opinion, your vocals are one of the strongest in the industry. Of today’s artists, whose vocals would you say are strongest?

Meli’sa: Oh Wow! That’s a good question. Among the strongest and powerful with deliverance of their message, I would have to say Ledisi. I saw her recently at the 2014 Soul Train Music Awards and she was so humble in thanking me for paving the way for her. I said, ‘ no, thank-you, for paving the way now, and for keeping it going.’ 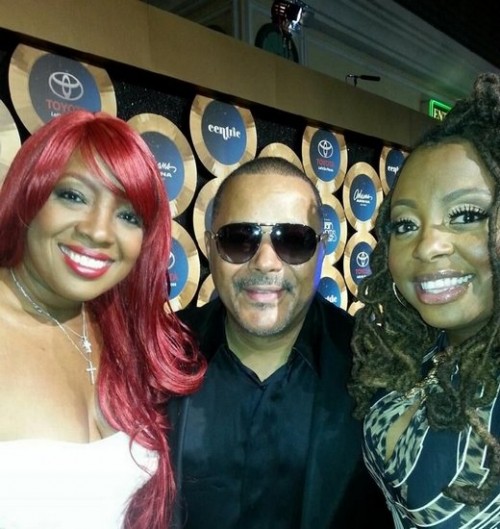 Meli’sa: There’s’ a quote that Chaka Khan said to me years ago, “The easy part is getting on stage and performing. The hardest part is getting to the stage.” I didn’t understand what she was saying at first. But, here’s what she meant; the easiest part of business is, once your there, performing for your fans is the fun part. You embrace them and they embrace you. But, getting to the stage is the hardest—the political games, getting the gigs, promotion, the money and all of that.

TCV: What are some of the most valuable lessons that you’ve learned being in the musical business?

Meli’sa: Know who you are, hold on to that, respect it and believe in it. Know that you’re going to get ripped off. But, the danger and the disaster is if you don’t watch how much you get ripped off. I manage myself, something else that I learned from Whitney Houston along time ago. She said, “Girl make sure you have creative control so things don’t get messy.” And, I’ve seen some messy stuff in this industry.

TCV: How does it make you feel when you hear people say, they prefer your version of “Do Me Baby” to Princes?

Meli’sa: Well, I’ll tell you, I feel good about it because, Prince feels the same way. The first time I met him, they arranged for him to meet me backstage at a Lionel Ritchie concert, when I walked in the room we both had on white leather. He walked over to me and, thanked me for a great song. And, I said no, thank you! It’s your song! He (Prince) said, ‘you made it great!’ It makes me feel good, because he feels good about it.

TCV: Do you watch the Super bowl?

I just recently got engaged, my fiancé, my baby (Sebastian) who just walked in the room says, yes, we’ll be watching! Where, I don’t know. (Laughs)

TCV: Congratulations on your engagement!

TCV: Which past musical Super bowl performance did you most enjoy watching?

Meli’sa: Touring and, all the new experiences that have come up in my life and career. We’re working on new record coming out on an independent label, hopefully later this year.

Be sure to catch Meli’sa Morgan’s fascinating story, featured on UNSUNG February 4th. Check your local listing for times.