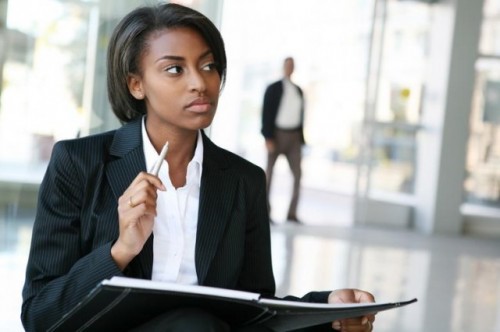 The wage gap between men and women has hardly budged in the last decade. In fact, according to researchreleased in April of 2013 by the Institute for Women’s Policy Research (IWPR), it will take another 45 years before U.S. men and women earn the same pay for doing the same jobs.

The median weekly earnings of women working full time in 2012 were $691, compared to $854 for men, according to the Bureau of Labor Statistics. That’s a bigger gap than the previous year, when the median pay was $684 for women vs. $832 for men. In the April 2013 study, The Gender Wage Rap by Occupation, the IWPR reported that female chief executives in 2012 earned just 76 percent of what their male counterparts made, while female general and operational managers earned 68 percent of men’s earnings in those jobs.

There’s plenty of debate about the reasons for the gender wage gap and how to resolve it. Are women at a disadvantage when they’re hired because they are less likely than men to negotiate their salaries? Is their reluctance to ask for more money based on misconceptions about the negotiating process?

To answer those questions, here are four common myths about salary negotiation:

Myth #1: Women are less successful than men at negotiating. Lee E. Miller, co-author of A Woman’s Guide to Successful Negotiating, said this idea stems from a misinterpretation of data. Some studies have shown that job recruiters are more likely to expect male job applicants to counter a salary offer, but Miller said that doesn’t mean employers are any less receptive to women negotiating. Instead, the problem may be that women are less comfortable and less successful with the aggressive approach to negotiating that men often use.

“Men and women sometimes negotiate differently, but they both are effective if they do it right,” he said.

Because they’ve generally had less negotiating experience than men, women sometimes lack the confidence that they can do it effectively. Miller’s advice: “Fake it until you make it.”

“Regardless of whether you are confident, you have to act confident in your negotiating,” he said.

Myth #2: The first offer is as good as it gets. Recruiters go into each interview with a certain salary bracket in mind for the job they’re trying to fill, but there is usually room for negotiation within that range. A job interviewer rarely opens up with a company’s best and final offer, said Carolyn Thompson, a certified career coach in the Washington, D.C., area.

And although it may seem counterintuitive, she said smaller employers often have more flexibility than large ones.

“The larger the company, the less opportunity there is to jump bandwidth because the salaries are pre-budgeted,” Thompson said.

Myth #3: The boss knows best about fair compensation. Rather than leave it to your potential employer to decide your market worth, do some homework to find out what others in the position you’re applying for are getting paid. Check out websites that report data on compensation and talk to networking contacts familiar with salaries in your field.

Thompson noted that as women enter the higher executive levels, they encounter fewer and fewer female peers, “so there are only one or two people with a similar background to yours with whom you can discuss, ‘How much is so-and-so making?’”

To find out more about who’s making what, Thompson suggested consulting another recruiter in the industry—someone you’ve worked with before and feel comfortable speaking with candidly.

Myth #4: Salary is the only thing that’s negotiable. The salary budget may not be flexible, but that’s not necessarily the end of the conversation.

“There are a lot of things people can do to put more money into a package: signing bonuses, moving packages and other types of things that you may able to negotiate,” Thompson said.

Every organization has a different way of structuring its compensation, Miller noted. “It’s really about understanding the process—that there is give and take,” he said.

And remember what best-selling author Nora Roberts once said: “If you don’t ask, the answer is always no.”

Written by Sonya Stinson. Originally published as part of Northwestern MutualVoice on Forbes.com.

2 thoughts on “Salary Negotiation Myths that Hold Women Back”