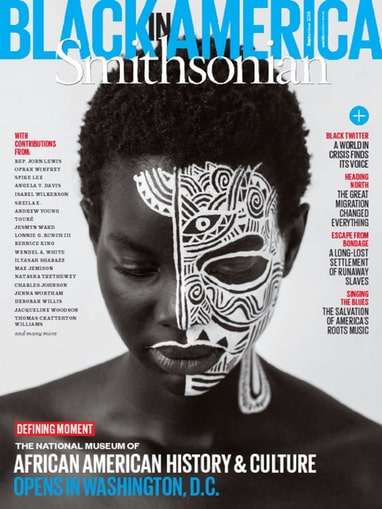 Leading up to the Sept. 24 opening of the historic museum, Smithsonian magazine’s September issue, does a powerful job of examining, as per the issues’s title, what it means to be “Black in America.”

The historic issue, comes with one of four different covers, each one an artist or photographer centers on the African American experience including social media’s bold new voice-Black Twitter.

There’s also an essay by Lonnie G. Bunch III, director of the soon-to-be-opened museum, in which he describes the museum’s conceptualization and creation and explains why learning about African-American history is important for all Americans.

Keeping the Blues Alive, is up and online and is penned by music journalist Touré. In it, he focuses on an annual blues festival in Memphis as an entry point into the past, future, and meaning of the blues.