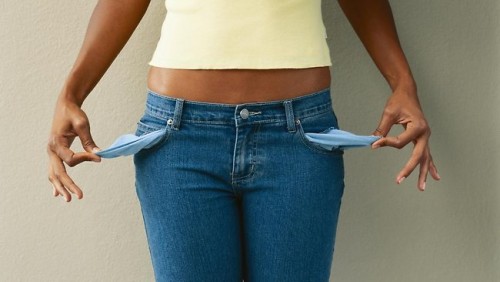 Whether it’s the result of divorce, a health crisis, job loss or simply the wrong choices, a reversal of fortune can deliver a devastating blow to both your budget and your self-esteem. The key to recovery is in recognizing that as you rebuild your financial life, you may have to change the way you think about money.

“This may not be a popular opinion, but the most critical element to rebounding after financial loss is to analyze the situation, doing a sort of post-mortem, to figure out what role you played in creating the event,” said Brad Klontz, an associate professor at Kansas State University and psychologist who specializes in financial psychology.

“It’s so easy to project blame outside ourselves,” he added. But his research finds that, for better or worse, individuals who are successful and wealthy believe the events they experience in life are the result of their own actions rather than external factors.

Successfully overcoming financial loss is a two-pronged approach that blends a healthy psychological relationship with money and financial savvy.

The Easy Path Is Rarely the Right One
Klontz went on his own journey of self-discovery after making a foolhardy financial decision that left him broke. He completed graduate school with $100,000 worth of student loans during the height of the dot-com stock market bubble and was enticed by a get-rich-quick scheme.

“I grew up relatively poor and was desperate to get out of debt,” he said. “All my friends were making six figures by trading tech stocks, so I sold everything I had and invested it all in tech stocks.” The bubble burst in three months, and in a painful lesson, he lost everything within six months. After that, he rebuilt his finances the old-fashioned way—by saving at least half his paycheck and putting it toward paying off debt.

The key to rebuilding your financial life is to set realistic expectations and stick to a road map that doesn’t stray during the market’s gyrations. Don’t worry about what you can’t control. Instead, come up with a plan that tells you where you are and what you have to do to reach your goals.

The recession forced many people to consider whether their plan was one that could carry them through good times and bad. That’s not to say the recession wasn’t a big financial shock to a lot of people, who watched helplessly as the value of their homes and retirement accounts plummeted by as much as half of their previous values.

In 2008 and 2009, people were really bombed out. But historically, the stock market has always recovered; it’s just a matter of waiting it out. Those who stuck to their plan and didn’t sell investments in a panic already have, in some cases, seen them return to previous levels and, very possibly, exceed them.

In addition to diversified investment choices, a solid financial plan includes control over those extra expenses and debt that can erode your goals. Those who don’t suffer as much during financial crises are the ones who live within or below their means. It’s not what you make, it’s how you spend. Luxuries come last, after the basics are funded. First, make sure you have the ability to retire, education covered for the kids and someplace to live. Then go buy the boat. If you do it backward and buy the boat first, that’s when you can start to panic when times get tough.

It’s difficult sometimes not to get caught up in the flurry of consumerism. People love to say, ‘Look what I own.’ But even during the good economic times when you’re feeling flush, recognizing temptation for what it is will help you avoid splurging.

Denial Is the Enemy of Recovery
Psychologically, the people who fail to rebound from financial disaster are those who don’t take ownership of any part of it, Klontz said. “In the short term, denial protects our feelings, but it can be disabling in the long term.”

Failure is not necessarily the end of the line, he added: “The average millionaire has had approximately three devastating financial experiences in his life. You have to look at failure as a learning opportunity, so you know what to do differently the next time.”

Whether a financial setback means the loss of early retirement or a dream home, recognize it and move on. “People who don’t grieve are less likely to recover,” Klontz said. “Think of it in terms of any other type of loss,” he added. “If your dog dies and you don’t allow yourself to cry, you may never buy another dog. It’s the same with financial loss. If you don’t recognize the loss, you are not likely to try again.”

Written by Judy Martel. Originally published as part of Northwestern MutualVoice on Forbes.com.

1 thought on “Tips to Recover From a Financial Loss”