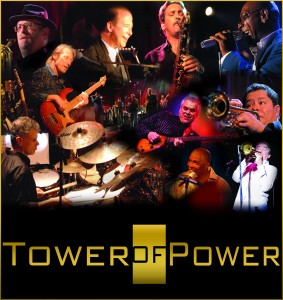 With more than 40 years in the music business and a string of hit records including; “Your Still a Young Man and, “So Very Hard to Go,” Emilio Castillo, Founder of the Urban Soul Group Tower of Power tells TCV in a phone interview, what distinguishes and artist from a musician is staying true to your sound!

TCV: I read that you’re originally from Detroit. How did growing up in a city that’s known for its rich culture in music shape you as a musician and, how did it develop your preference for your particular style of music?

Emilio: I left Detroit when I was 11. My father was a bartender and I was surrounded by nightlife types of people and certainly a large African American community. My Dad had a lot of friends that were into music before Motown, like Dinah Washington, Ella Fitzgerald, and Elvis Presley. My parents were music lovers. They didn’t play an instrument but they played records all of the time. One of my favorite groups that my parents loved was the Platters.

My mother said that even at six years old that I could sing “Only You” verbatim. (Laughs) So can you imagine I’m eleven years old living in Detroit and all of a sudden my parents said, ‘we’re moving to the other side of the country.’ So, we moved to San Francisco which was a completely different dynamic, it was culture shock and I didn’t have any friends so, my friend became the radio. It was right when Motown started to happen, Smokey Robinson had come out with “You’ve Really Got a Hold on Me” and, “Going to a Go Go,” and Little Anthony came out with “Shimmy, Shimmy Ko Ko Bop.” I enjoyed the music of that time immensely. And then, a turning point for me was when I was 14 and I got caught stealing a tee shirt.

My Dad told me that I needed to figure something out quickly to keep myself off the streets or, I was never coming out of my room again. During that time, the Beatles had just come out and my friend around the corner had gone to Mexico and, came back with a guitar. My brother and I said, ‘we want to play music Dad!’ And he said, “Get in the car.” He took us straight to the music store and said, “Anything you want.” At that time my Dad was working at a place on the peninsula side of the bay area called the Cabaña Hotel which was similar to Caesar’s Palace. He was working in a club there called Nero’s Nook where show bands performed, bands with a lot of horns. He would bring us down there to see these bands and, I noticed that the coolest guy was always the sax player, the one up front in the spotlight with the solo. So, I pointed to the sax and my brother the drums. We came home that day and started a band. We were honking and banging in the family room and one day my mother came in and said, ‘Their going to be big stars.’ On the east bay over on the Oakland side where I lived, Sly Stone was a disc jockey and soul music was the thing. Of course Motown by then was booming over the airways. We decided to be a soul band instead of hiring horn players and my Mom said, “If you’re going to be a soul band you have to call yourselves the Motown’s because you’re from Detroit.”

TCV: How did your family arrive in Detroit a city that is primarily African American?

Emilio: I won’t say that Detroit was primarily African American it’s just one of those cities that has a largely African American population. But, there are a lot of ethnic groups there. During the war, the Mexicans had come up from Mexico and Texas (my dad’s from Laredo) to work in the factory. They didn’t like factory work much so they got into the culinary industry and became bus boys, waiters and bartenders. There is a huge Greek community in Detroit. In fact, there’s a part in downtown called Greektown, which is one of the most famous towns in all of America. What’s different about Detroit which I noticed immediately after moving to the bay area was that, every ethnic group had their own area: the Polish over here, the Irish over there, Mexicans over here, the Blacks over there, Italians over here. In San Francisco, which is where we lived for three months before moving to the east bay, everybody was thrown in together like a big potpourri. I knew more kids that were from broken families there versus in Detroit, I didn’t know a single child that didn’t live with both parents. In the bay area, every kid on the playground came from single parent homes. It was a culture shock. With those first roots in Detroit and then, coming to a very cultural experience in the bay area during a time when big business in music was happening, rock n roll, concerts, it was nice. I’m really glad I grew up in the bay area.

TCV: Music has had a huge impact on the young and the old, what’s your advice for young people trying to make it in the business today? 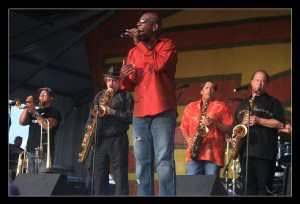 Emilio:Well, as I said before stay true to your self. I think it’s important not to chase trends, they come and go. It’s very important especially in this day and age to stay clean from any sort of worldly distractions, drugs and alcohol and, that sort of player mentality that can be so appealing. I think having a humble heart and carrying yourself with humility goes along way for the long run. A lot of these people in the industry today want to get out there and be ego driven, but if you notice they come and go in one or two years whereas, people that take a humble approach have an entire career for many, many, many years and I speak from experience.

We’re in our 43rd year and still going strong. I had to learn the hard way to live right and the most important thing without a doubt is to stay spiritually aligned. I’m a Christian and I believe in Jesus Christ, people can define their own paths and align themselves with whatever they believe in spiritually. If you’re living right you’re going to feel right, that’s the key to life. Inherently all people know how to do that. Once you get caught up in those worldly distractions, the ego, the pride and the self centeredness comes in to play and, that’s the biggest thing you have to overcome. But eventually I always tell people, God gets your attention, you will either answer the call or pay the price. (Laughs) 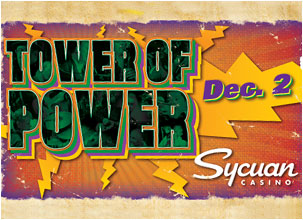 Tower of Power will be performing live at Sycuan Casino onDecember 2, 2011.