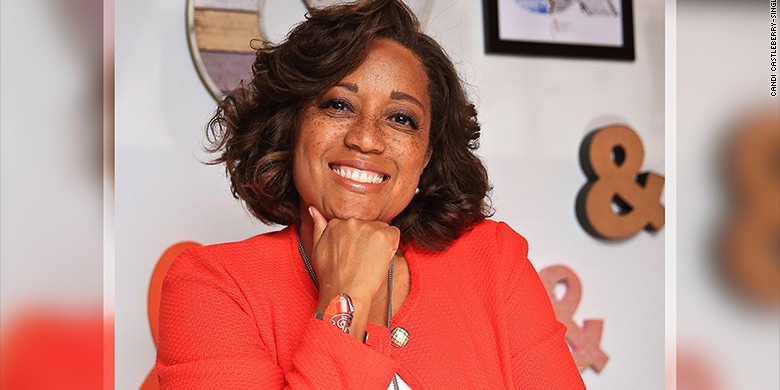 Twitter has welcomed Candi Castleberry-Singleton into its fold as vice president of inclusion and diversity as the social media platform steps up its game to better represent the demographic of its influential users.

“Im so excited to join the team at Twitter to lead inclusion and diversity efforts for employees and the Twitter community,” Castleberry-Singleton said in a statement. “I look forward to bringing what I’ve learned to Twitter.”

Here’s what we’ve learned about Castleberry-Singleton.

She’s a Los Angeles native, and has an MBA from Pepperdine University and completed Stanford University’s Executive Human Resources program. Her philosophy is that companies must view diversity as a core business goal, as reported in USA Today.

Castleberry-Singleton supercedes Jeffrey Siminoff following his decision to step down in February, from the tech giant  amid widespread criticism of handing the role to a white male.

Sharing her enthusiasm for the new role on Twitter, Castleberry-Singleton tweeted: “I’m so excited to join the team at Twitter to lead inclusion and diversity efforts for employees and the Twitter community. I look forward to bringing what I’ve learned to Twitter.”

Castleberry-Singleton’s appointment was revealed by chief executive Jack Dorsey in an earlier tweet.

The Pew Research Centre for instance calculates that while 28% of African-American and Hispanic internet users use Twitter, in comparison to only 20% of  White users. Keeping that in mind, 90% of its employees are white or Asian with just 4% hailing from a Latino background and a mere 3% being African-American.

Our congrats go out to Ms. Castleberry-Singleton on her new appointment.