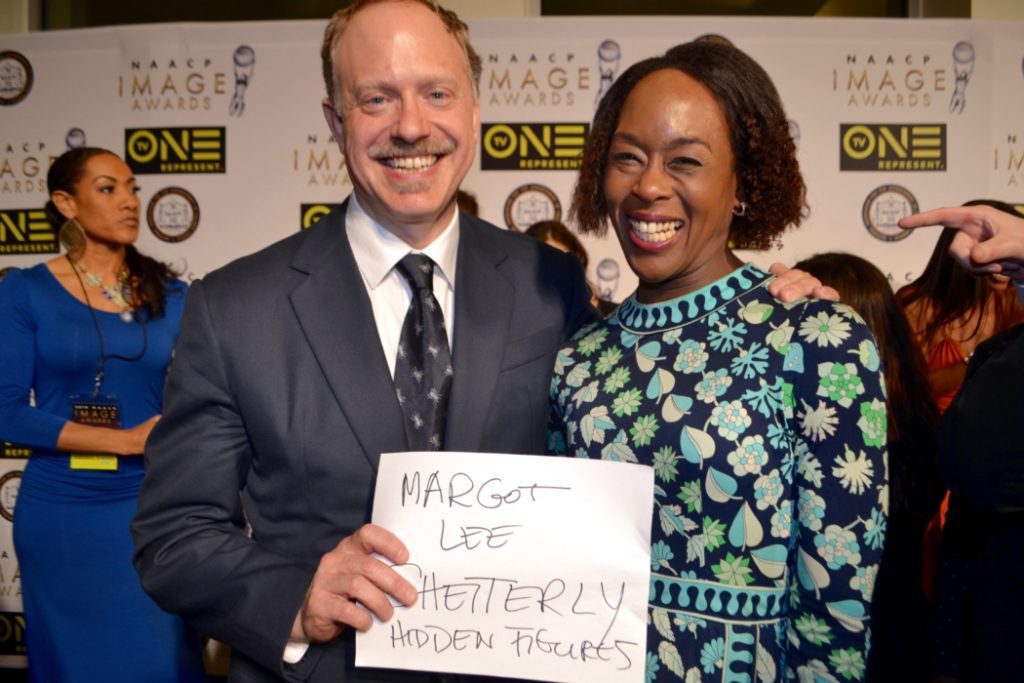 LOS ANGELES, CA – February 10, 2017 – The winners of the “48th NAACP Image Awards” in the non-televised categories were announced during a gala dinner celebration that took place Friday, February 10, 2017, at the Pasadena Conference Center – the event was hosted by Erica Ash and Deon Cole.

Pictured above are Aran and Margot Lee Sheerly.  Margot Lee is the author of  Hidden Figures: The American Dream and the Untold Story of the Black Women Mathematicians Who Helped Win the Space Race (William Morrow/HarperCollins). She’s also the founder of The Human Computer Project, an endeavor that is recovering the names and accomplishments of all of the women who worked as computers, mathematicians, scientists and engineers at the NACA and NASA from the 1930s through the 1980s.

Winners in 47 categories were announced during the event.  The remaining  9 categories and Entertainer of the Year will be announced LIVE on stage during the two-hour star-studded TV One telecast, February 11 at 9:00pm, hosted by Anthony Anderson. The LIVE red carpet show will air on TV One at 7:30pm ET.

The winners of the Non-Televised Categories for the 48th NAACP Image Awards are:

Outstanding Actor in a Television Movie, Limited-Series, or Dramatic Special

Outstanding Actress in a Television Movie, Limited-Series, or Dramatic Special

Outstanding Host in a News, Talk, Reality, or Variety Program (Series or Special) – Individual or Ensemble

“The Power of Broke:  How Empty Pockets, a Tight Budget, and a Hunger for Success Can Become Your Greatest Competitive Advantage” – Daymond John (Author), Daniel Paisner (With), (Crown Business/The Crown Publishing Group)

Outstanding Writing in a Comedy Series

Outstanding Writing in a Drama Series

Outstanding Directing in a Comedy Series

Outstanding Directing in a Drama Series