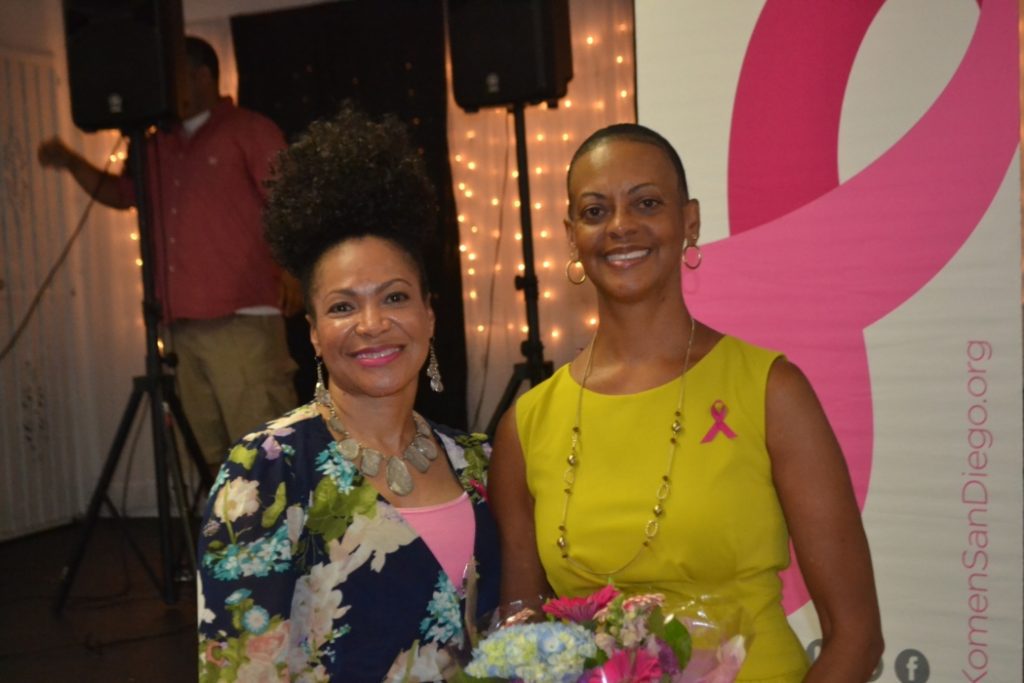 On  Saturday, July 30th approximately 80 people made up mostly of women, filled the Alpha Center located at the center of southeast San Diego for an inspirational community event.  The purpose of the event was to raise breast health awareness among African American women.

Members of the community were invited to come out to a supportive setting with survivors, fighters, and in honor of those who lost their breast cancer battle to enjoy an informative day of soulful music and great food–while engaging in dialogue about breast health.  As well as, encouraging others in their circle to do the same.

The event stems from the Susan G. Komen San Diego Circle of Promise Initiative. The Initiative strives to educate African American women of the importance of being proactive about their breast health as well as making regular breast cancer screenings a priority.

Coming up on her third year as breast cancer survivor, community resource advocate Wendy Shurelds, facilitated the event sharing with the group her breast cancer journey and being an African American battling the disease.  She encouraged attendees to get involved in the Circle of Promise Initiative, and emphasized speaking out about it to loved ones and to make regular breast cancer screenings a priority.

In San Diego, despite having lower breast cancer incidence rates, the mortality rate for African American women is 41 percent higher than their Caucasian counterparts. The same research indicates African American women are often diagnosed at later stages, sometimes with more aggressive forms of cancer and at younger ages.

The free event included complimentary lunch, raffle prizes and the smooth sounds of local R&B singer/songwriter Jason French, who performed in honor of his aunt who passed away from breast cancer.

Also on site for attendees to tour was Community Health Imaging Center, San Diego’s first non-profit full-service licensed Mobile Mammography Coach, equipped with state-of-the art 3D Tomosynthesis. The goal of CHIC is to increase access to high quality healthcare for all, with an emphasis on underserved women across San Diego and Imperial counties. 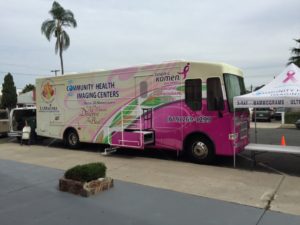 •Breast cancer is the second leading cause of cancer-related deaths among African American women, exceeded only by lung cancer.

•For women without health coverage, the burden is even higher as uninsured women have a 30 to 50 percent increased risk of dying from breast cancer than those with insurance.

•In San Diego, six women a day are diagnosed with breast cancer and unfortunately one woman a day passes away from this disease. However, we know if discovered early enough, the most common type of breast cancer has a nearly 99% survival rate.

• Komen San Diego continues to be the County’s largest funder of free breast cancer services and support and is the only organization providing qualified women the free services they need for every step of the breast cancer journey.

•Also, next to the U.S. government, Susan G. Komen is the largest funder of breast cancer research in the world. And much of that investment has been awarded right here in San Diego.

1 thought on “Breast Health & Music for the Soul””