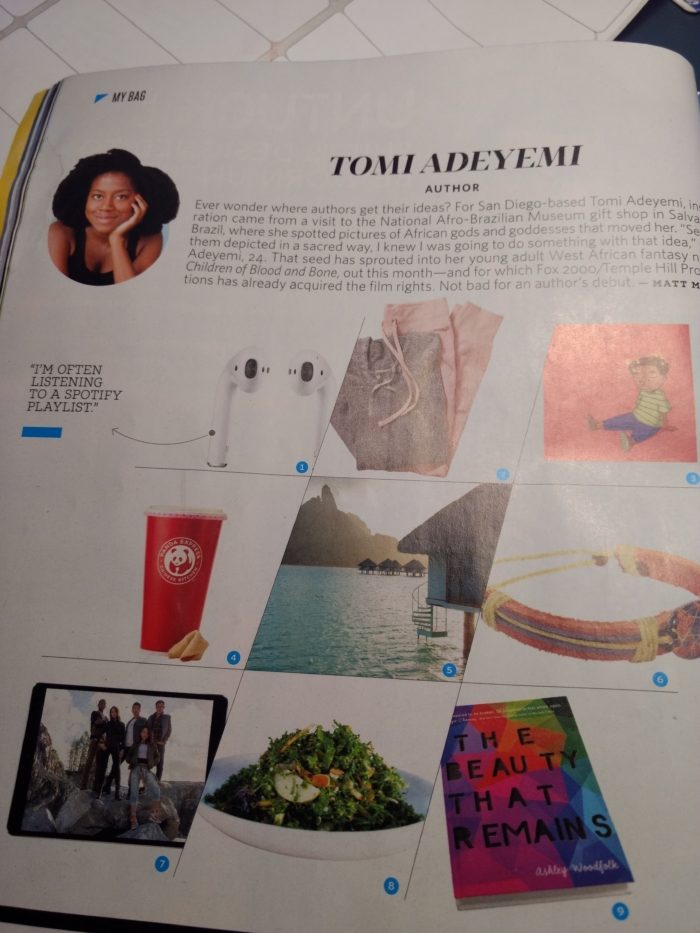 For me, flying is the best time to catch up on my reading. Recently, while on a two and a half hour flight to Austin, I realized that after I had taken my seat and was all buckled in, I didn’t have anything to read.  So, my only reading options for the time being was to resort to the airline’s magazine and skim through in hopes of finding something interesting to read about.  As it turns out, I grabbed a copy of the in-flight magazine with Oprah Winfrey on the cover.

As I began turning the pages, my travel partner who just happens to be my daughter, who was also reading the airline mag, nudged me and pointed out an article that she was reading. On the page of the article was a young Black woman wearing her hair in a natural style. Actually, I thought she was pointing out the hairstyle, but instead, she was pointing out the words San Diego.  The feature article was an interview with an author who just happens to be based in our hometown, San Diego. The article was a one-page insert titled ” My Bag”  featuring  24-year-old author Tomi Adeyemi who just scored one the highest book deals in history –and for which Fox 2000/Temple Hill productions acquired the film rights.  Reportedly it’s a seven-figure movie deal. How awesome is that for a debut author!

In the Sky Delta article, Adeyemi says that her inspiration for her debut novel, “The Children of Blood And Bone,” a West African fantasy novel, came from a visit to the National Afro-Brazilian Museum gift shop in Salvador Brazil, where she spotted pictures of African gods and goddesses that moved her.

“Seeing them depicted in a sacred way, I knew I was going to do something with that idea.”

Adeyemi describes the epic fantasy series as “Black Panther but with magic.” 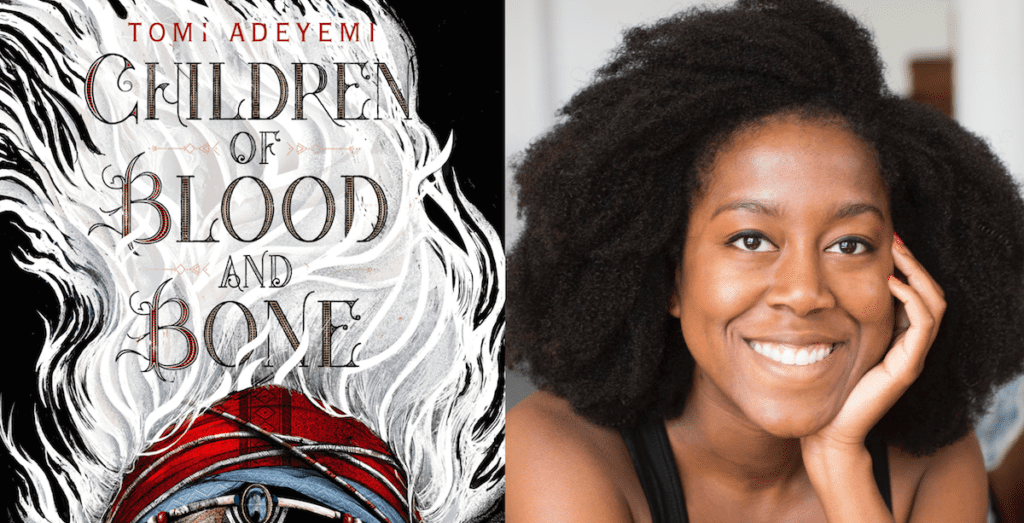 In this case, I’m grateful that I forgot my reading. Had I not, I wouldn’t have discovered the #BlackGirlMagic author Tomi Adeyemi.