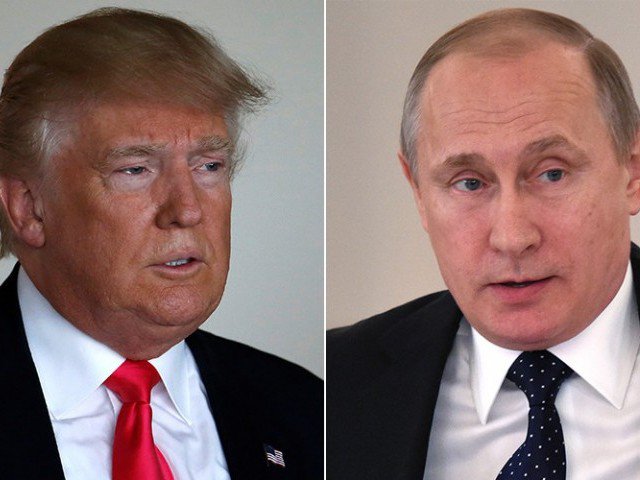 Should the 2016 Presidential Elections be ruled Null and Void as a result of Russia’s involvment?…..What did President-elect Trump know? And when did he know it? (Troubling)!!

Unbelievable! It has been confirmed that Russian hackers (with approval from Russian President Putin himself) successfully infiltrated the Democratic National Committee’s (DNC) database with the sole purpose to influence the election in favor of GOP candidate Donald J. Trump and to hurt Democratic candidate Hillary Clinton by releasing a series of disparaging emails with ties to top Democratic officials.

To be perfectly clear, no is alleging the Russians tampered with voting machines or that ballot boxes were suffered with invalid or false ballots of dead folks, that is not alleged or even considered.

What has been proven is that the Russians, when it appeared Democratic nominee Hilary Clinton had the upper hand in the election and would possibly win and become the 45th President of the US and the first women, did deliberately and willfully began a campaign to discredit and mire the system to discourage voters and make candidate Clinton look like the lessor of the two candidates.

The Russians and Putin in particular blamed the protest during the 2011 and 2012 elections on then Secretary of State Clinton. As she spoke out on the process and encouraged a “fair” and impartial election.

Putin, a dictator and former head of the Russian secret service (KGB), eventually wrestled the election from the favorite and ascended to the top post in the Kremlin.

Of equal importance, and worth the same (thirty-nine cents and more), what did then candidate Trump and his campaign know and when did they know it, regarding Russian involvement?

Did a candidate for the office of president of the United States actively involved in subversive, unethical and immoral activity to gain the Oval Office, and with a foreign power, no less?

Real conservatives and staunch members of the GOP, the late Arizona Senator Barry Goldwater (Republican presidential candidate in 1964) and former President Ronald Regan would both “roll over in their graves” knowing how the GOP has devolved in the past years.

It is has been reported that the Russian hackers also were able to infiltrate the RNC databases, however, there were no Republican (GOP) emails or information released? (Interesting)

The FBI and CIA have confirmed the cyber break-in (hacking) which has been affirmed by members of congress both (GOP and Democrats) and every reasonable person, except one Donald J. Trump, who many believe was well aware of the effort to defame, and present Democratic presidential candidate Hillary Clinton in a negative light.

It was Trump who during the presidential debates uncharacteristically called for “Russia, If listening, please look into Secretary’s Clinton’s missing emails.” Unprecedented for any “true American” to ask a foreign power to do such a thing – yet alone a candidate for president of the US?

President Barack Obama, who Trump waged an almost four year campaign against, falsely claiming the President was not an American citizen, during his final address as President in his adopted city of Chicago on Tuesday night (Jan 10),  encouraged the nation to show and prove the resilience it has always shown when challenged.

The President also encouraged the massive crowd gathered and millions viewing on Television sets across the country “to get a clip board, gather some signatures and run for a local, state or national office. If you object to the way things are.”

The president noted the divisive nature of politics in D.C, has escalated since he took office. A lack of compromise and an atmosphere of “them vs us” has often stalled opportunities for greater American growth and opened the door for increased relations with Putin, noted the President.

Former U.S. Senator Joseph McCarty (R-Wisc) who served in congress from 1947-57 was known for his active stance against communist subversion during the “Cold War” years. McCarty accused many (in his day) of being communist sympathizers and his red-baiting (attacks on anything or anyone believed to have communist ties) resulted in many false arrests and many individuals were being placed on a watch list, their phones were tapped and many were constantly followed.

McCarty, a young Richard M. Nixon (serving as Vice-President and later President and Ike himself (former president Eisenhower) all members of the GOP would denounce Trump and his association with Russia.

Trump’s nominee as Secretary of State, Rex Tillerson (Exxon CEO) has strong ties with Russia and Putin and was presented with one of the country’s top awards last year.

James Clapper, director of national intelligence and Michael Rogers of the Armed Services were two of the first individuals called to testify.

The New York Times on Wednesday, December 14, published a full page story of how the Russians infiltrated the DNC via cyber espionage and hacked computers and passed the information on to Julian Assange, the founder of WikiLeaks for distribution to major media outlets and across social media.

Assange is an Australian computer programmer, living in exile in the Ecuadorean Embassy in London, secondarily to fleeing from Sweden where he is wanted on sexual assault charges. (Trump as sided with this person over American Intelligence services?) Puzzling.

A question many asked at the time and still seek some resolution on… “Why did the media take the bait, hook, line and sinker? Why not check the source and not run the “leaked info?” Conversely, media outlets made the information leaked and not the cyber-attack and infiltration their main news stories?

The Times report, Putin was directly involved and had to give the Ok as the hackers identified as (Cozy bear and Fancy Bear) in their mission all to subvert, defame and publically scrutinized then Democrat Presidential candidate Hilary Clinton, as Putin was still fuming from sanctions imposed on Russia and comments Clinton made during the 2011 Russian elections.

By creating doubt in the political process, by contaminating the candidacy of not only Clinton but also individuals seeking offices on the down ticket (U.S. Congress, state houses and the such) Putin and Russia were quite successful as damaging information – was circulated and influenced the vote that lead to a GOP sweep in the Senate and House of Representatives.

Putin’s vendetta against Clinton is known and he has not attempted to hide or disqualify his dislike of Clinton and no doubt women leaders in general (reportedly he also has issues with Germany’s President Merkel.

The Electoral College met back on December 19, and there were no distractors in spite of evidence of Russia’s involvement and Trump’s consistent denial and actually siding with Assange, ‘on anyone could have hacked the DNC?

Despite coming up short on electoral votes only 250 to Trumps 300plus, three million voters cannot be wrong (number of popular votes Clinton received) and in lieu of the recent findings…Should the 2016  US Presidential elections be ruled null and void?

D.L. White can be followed on Twitter at https://twitter.com/dwhiteQ2.

2 thoughts on “Should the 2016 Presidential Elections Be Ruled Null and Void?”